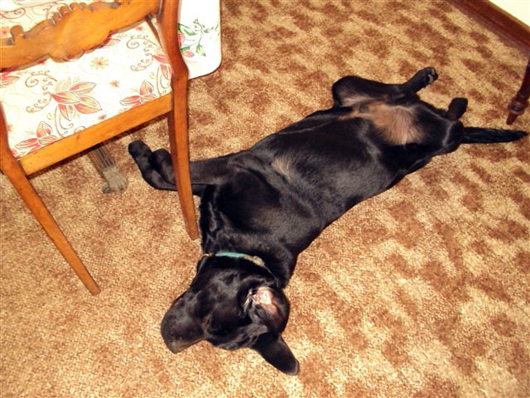 Thus far, the Guide-Dogs Jubilee Year has been filled with highlights from the Twinings Tea Party for couples celebrating 60 years of marriage to our Golf Day where golfers overwhelmed us with their generosity. But, the star studded Diamond Jubilee Concert drew the most accolades of all.

The gala concert was the brainchild of the astounding Mixael de Kock who is visually challenged as a result of being attacked by intruders at his home. Mixael was able to convince over 250 artists to give of themselves without remuneration for the 150 minute extravaganza. The Joburg Theatre provided the venue for two days fully staffed and equipped without cost to the South African Guide-Dogs Association for the Blind. It was a totally sold out house with an audience which included 18 of our four legged friends who graced the stage in the finale. Besides the performers giving of their time, twelve sponsorsprovided the necessaries for transporting and feeding the two orchestras as well as designing and printing the programmes.

The evening commenced with an overture by the University of Pretoria 70 piece orchestra conducted by Graham Scott. The staging with its magnificent sets was by Ivor Jones. A 25 piece orchestra, also from University of Pretoria accompanied by Wessel van Wyk with an outstanding rendition of George Gershwin’sRhapsody in Blue. Renownedsoloists Angela Kilian, Samantha Peo, Sibongile Mngoma, Cito, Judy Page, Abigail Kubeka and young Rochelle Veenemans graced the programme with their spellbinding talents.

The event featured dance by ballet company SA Mzanzi Ballet as wellas the astounding Tshwane Dance Theatre.The former performed for the first time ever seen,  an extract from their forthcoming Cinderella whilst Tshwane mesmerized the audience with their Rain QueenLegends of South Africa. Forte from the Black Tie Ensemble moved the audience with You Raise Me Up.

On the lighter side, a comic spoof was staged by Tony Bentel, Mark Hawkins, Steven van Niekerk andSibu Radebe with their rendition from Swan Lake. Mark Banks and Robert Whitehead provided additional laughs.Michael de Pinna of Vodacom fame linked some of the acts with further humour. He appeared subsequently accompanied by Anne Power, Fiona Ramsay, Louise St Clair, Harry Sideropoulos and Michael Richard sending up Shakespeare with an extract from the musical Kiss me Kate.

South African Guide-Dogs Associationmarketing manager Pieter van Niekerk ended the night with a feature by the various entities at Guide-Dogs including trainers, puppy walkers, members of our Orientation and Mobility College. He also proposed a vote of thanks to the audience and especially to all those supporters who, over the years, have played such an important role in ensuring the Associations existence and sustainability.